It is a lawsuit that could have a massive impact on software development. With great interest, developers have been observing the process that has been running for years between Oracle and Google regarding Java APIs. Now it goes into the next round, with good support from the industry for Google.

Numerous companies, organizations, but also individuals are supporting Google’s position. For example, competitors such as Mozilla or Microsoft have signaled their support in an letter to the court. The Wikimedia Foundation as well as Reddit, Medium and the Open Source Initiative also express their support. Google has communicated its point of view in a letter to the US Supreme Court last week.

Many other prominent supporters for Google had been there earlier, including Linux inventor Linus Torvalds or Apple co-founder Steve Wozniak. Internet pioneers such as Vint Cerf and David Clark or Python founder Guido van Rossum have also clearly positioned themselves. The same applies to IBM or the civil rights organization EFF.

Oracle is convinced that programming interfaces can also be legally protected and Google has therefore committed a legal violation with its re-implementation of the APIs for Android. If this legal view prevails, this could have a massive impact on software development in general, but above all on open source. It is commonplace to re-implement APIs from proprietary software in order to be able to offer alternative clients.

Different judgments were made in earlier instances. The first procedure, for example, caused quite a stir, since the judge responsible learned programming so that he could be better understand the matter. As a result, he agreed with Google. In the further course of the legal dispute, however, Google suffered several defeats, which has now ended up at the Supreme Court. The trial there is due to start in March and a judgment is expected in early summer.

Mozilla stops delivering a new Firefox update due to crashes 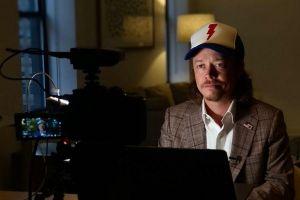